Autocratization in US: The Case of Capitol Riots

On January 6, 2021, former President Donald Trump’s supporters stormed the US Capitol following his speech contesting President Joe Biden’s win. This was seen as incitement and Trump was sued by Capitol police officers who were assaulted during the riots. As of now, the federal court is examining this case against him.

This week’s graph demonstrates how three indicators have changed during Trump’s administration (2016-2020): A rise in the mobilization of people in support of more autocratic governance, a significant decline in the acceptance of election results, and an increase in attacks on the judiciary by the government (lower scores = a greater number of attacks). Trump’s incitement of violent protests, undermining of the electoral process, and attacks on judicial independence and authority have contributed to autocratization in the USA. 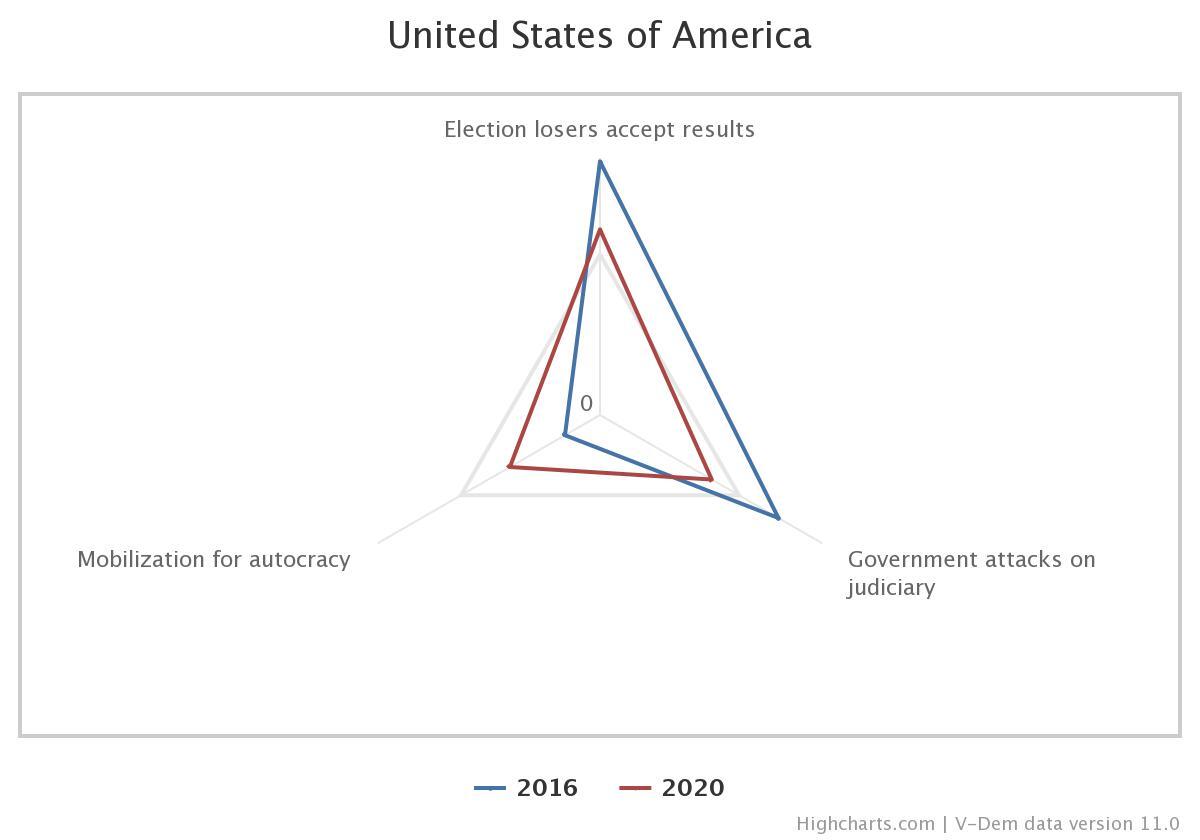