President Nayib Bukele was elected in 2019 with hopes that he would purge the country of its rampant corruption. However, as the 2022 Democracy Report finds, El Salvador is now among the world’s top 10 autocratizers. This week’s graph illustrates how democratic checks and balances declined in El Salvador after Bukele took power.

Bukele ordered the military to briefly occupy the legislative chamber in 2020 to intimidate opposition members, who had voted down his police funding bill. It significantly reduced the ability of the legislature to investigate and oversight the executive. In addition, Bukele has defied supreme court rulings several times and removed supreme court judges. Finally, government harassment, attacks, and censorship of the press is reportedly increasing, undermining the media’s watchdog role. 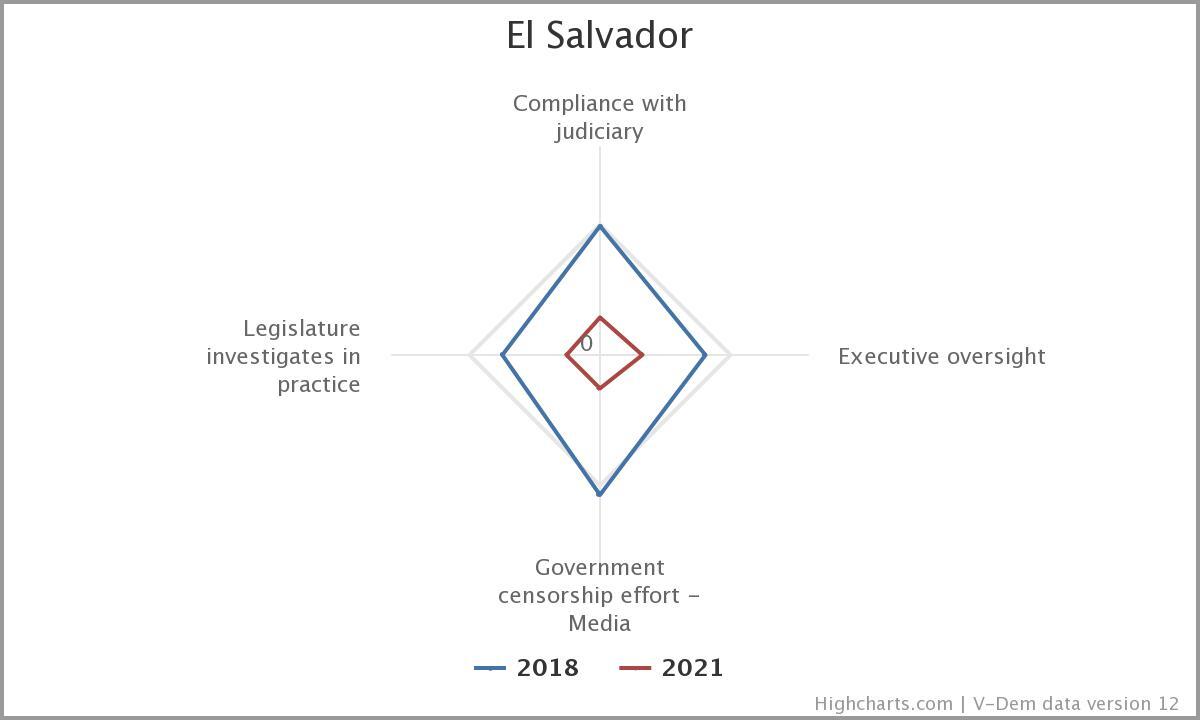